I’m going to set a goal for myself. I am going to spend the summer (I’m in the southern hemisphere) working on one project. I made an attempt a couple of years back (or was it last year?) to join the first 6MMRPC 6 month mountain reduction project, which went, but not as well as I would have liked.

And now I think that part of my problem (the part that isn’t comprised of laziness and a short attention span) is that I have too many projects. It’s hard for me to find a focus. A zen workflow if you will. I just want to do it all.

After viewing Onslaught Minis’ webpage recently, I have decided that I won’t buy any more miniatures until I finish painting a decent chunk of the last lot I bought, which I think is actually two lots from Plasmablast. There are some that I started painting, and when I found out that they were possibly changing ownership, I contacted Mario and bought a whole lot more of his beautiful minis.

There are other projects that will fall by the wayside, but honestly? They probably were anyway. This is a way for me to focus on one thing and get it done. I could be painting some jetplanes for Target Locked-On, but I can play that with half painted minis. Sure it won’t look at pretty, but I’ll try not to be precious about that.

Here’s the first lot, partially painted, all of which I want to redo. 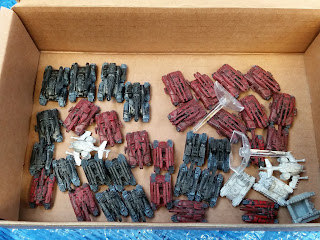 Reason being, if you look at the bright red tank in the bottom right corner, you’ll see the base colour scheme I was going for. But it took a while to do because I painted on each layer of colour leaving the black base coat as the shadows of the gaps. Well, from then on I thought I’d try drybrushing and well, they lost the shadow depth and got washed out.

So I will redo the black outlines and then redo the base colours. Once that’s done I’ll finish them all off.

Those miniatures are the Marhaf Legions from Plasmablast. Being Mario’s latest force, I picked up enough vehicles to play a game with (I prefer vehicle based games at 6mm scale), but when the announcement of forthcoming changes was made, I stocked up and sprung for a bunch of meatsacks as well as boosting my armour forces.

The first picture is the lot and the following pix are close-ups of some of them. 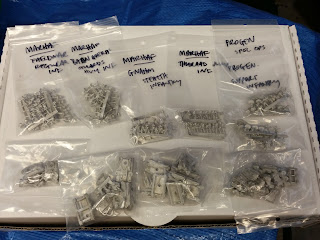 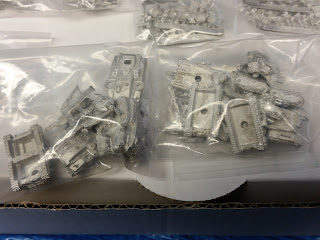 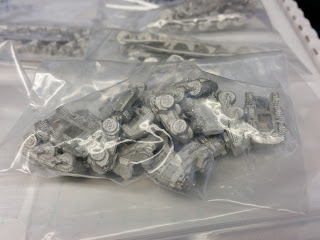 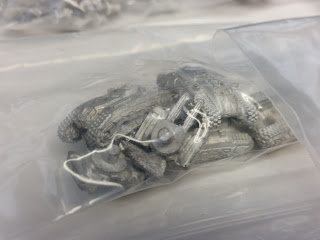 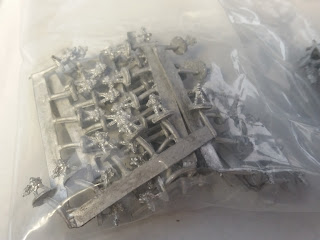 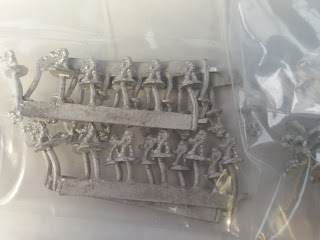 Focusing on finishing these will also give me time to save for a massive haul from Onslaught. 🙂

My target is to have these complete by March 19 (Because I probably won’t start until this weekend and the target date is my birthday which will be a great time for me to buy new things to paint.

If this is something you would also like to do, I encourage you to join in. It may also motivate me (us) to do weekly (or at least monthly) updates for a while. 🙂