Over the last decade or so, I’ve had a bit of a love-hate relationship with Games Workshop. I was first introduced to them in around 1988. I was 12 or 13 years old, had just returned from a year-long “holiday” to Australia with my parents, and was discovering a lot of new things at that age.

Such as a dedicated comic store! And a book/magazine store called something like Huyser’s in Wellington city (not sure of the spelling or if I’ve even remembered that correctly). It was on Victoria Street, right where the curry shop next door to Cheapskates is.

Huyser’s started stocking White Dwarf magazine and Citadel miniatures and paints. And not really having a budget of my own at the time, I just flipped through the mags. 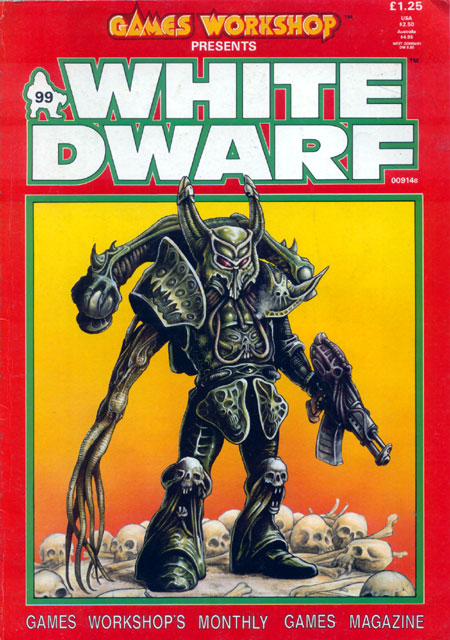 Now remember, this was a time (actually the tail end) of when White Dwarf was a general wargaming/roleplaying hobby magazine. A few years later, they came to the conclusion that they were the hobby and it became The Hobby. Which is a clever and insidious marketing tactic now that I look back on it.

My guess? Because they’re not insidious bastards.

So we’re at a weird place where the people who are involved in one hobby, call it The Hobby. And I have a problem with that. So when I refer to The Hobby on a wargaming blog, I’m referring to the Wargaming Hobby, of which Games Workshop is only one (albeit large and ugly) aspect.

There are hundreds, probably thousands, of alternative to Games Workshop games. And frankly, for the last couple of decades, Games Workshop have been responsible for releasing some of the worst written rulesets on the planet. OK, not WRG level bad, but still pretty awful.

5th edition 40K was the first time I read a copy of 40K and thought, Holy crap, did they get illiterate children to write this? It was a mess. And it seemed to be written by people who had no background in game design, and no background in writing. And perhaps, now, we get a glimpse as to why that might have been.

Games Workshop pay shit. So what happens when you pay shit? Odds are you get really unskilled labour. Game design should not be done by unskilled labour. You end up getting where GW did and having to completely throw away your crap rules and start fresh.

How did that work out? Well, their rules appear to be building back up to previous craposity levels. And maybe in another ten to twenty years, they’ll reboot their rulesets again.

Or maybe they could hire good, competent game designers who have a solid command of the English language, and are able to structure rulesets so they are legible and flow well.

But hey, what do I know?

So getting back to my origin story. Games Workshop games weren’t my first wargames. I think that crown actually goes to Battletech. But in those early days, the Battletech miniatures were optional, and hard to come by locally in this country. So we just played with the little cardboard standees (I still do in fact). The first miniature wargame I actually played was Warzone in around the mid ’90s. At that time I was living in Auckland with an ex, and when I moved back down to Wellington, one of my friends had started playing 2nd ed 40K, so I got into that. 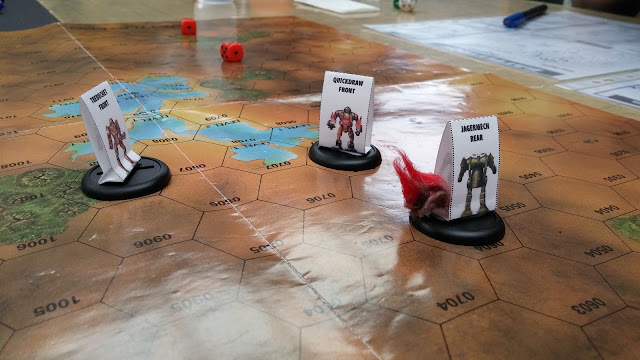 But as I mentioned, I had been into GW stuff for a few years before that. But only for the miniatures, not the games. I bought the White Dwarf magazines and pored lovingly over the John Blanche art and the ‘Eavy Metal sections (Mike McVey  was my favourite studio painter back in those days). 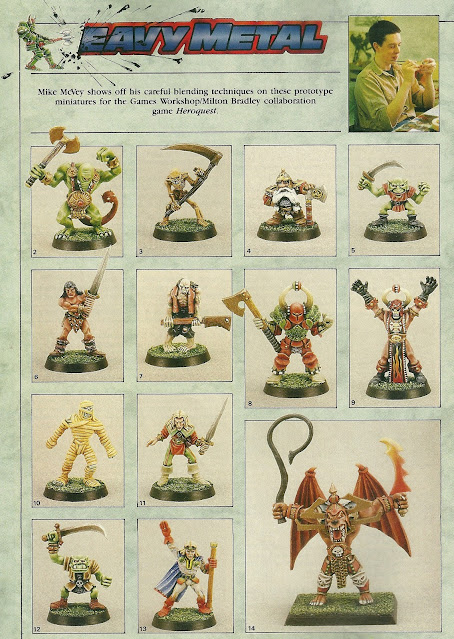 That led to playing more of their games and having some jolly good times with my friends with 40K, Mordheim, and Warmaster, especially. (Oh and Hero Quest & Space Crusade, the Hasbro-GW board games). I tried Fantasy Battle, but never enjoyed the movement system or the Tetris game I had to play when mounting figures on movement trays. I collected and built several WHFB armies, but the Skaven did me in in the end. Trying to fit all those tails and swinging arms in rank and file just weren’t conducive to fun times for me. 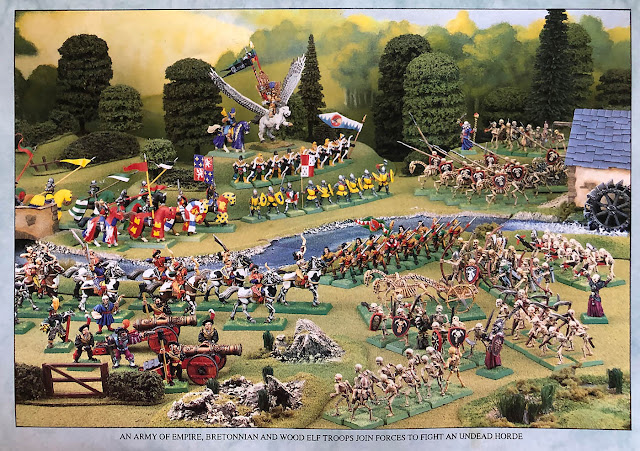 More recently Age of Sigmar, Blood Bowl, Aeronautica Imperialis, and Necromunda have featured heavily in my gaming, painting, and collecting.I even bought the Adeptus Titanicus rulebox, but can’t afford the minis.

But first and foremost, I’m a wargamer, and it would be a travesty to only play games released by one company.

I play all the games.

Or at least all the games I can source and afford.

Over the last couple of months, there has been a lot of press about some pretty awful and unethical GW practices.

I strongly recommend watching the Discourse Miniatures Youtube channel as she has some fantastic analyses of these practices. And she’s a lawyer. Or is practiced in law. I’m not sure what the difference is or if there is one.

A few of the worst ones to come to light are:

Remember back in around 2015 when GW was doing similar stuff? Their CEO at the time, Tom Kirby, admitted he didn’t care about the customers and was only interested in securing his million dollar annual dividends. I wrote about it here:

At the time, I concluded that I didn’t care about their games any more because there were plenty of other options. But over the years, they appeared to improve their practices (but not their pricing), so I gave them the benefit of the doubt and a bit more money (a lot more money actually).

And now we’re at that point again.

It seems that a company that started as a bunch of gamers looking to make an entertaining gaming magazine, has now become a corporate behemoth that is uninterested in anything except profit by any means necessary.

And to be honest, I can’t ethically support that company any more.

It makes me wonder why they attack their fans so much. Having so many Youtube channels and blogs all over the world promoting their material is strengthening their brand.

Let the world know that the hobby is Wargaming, not Games Workshop.

In fact, I think I’ll start a series of blogs on Games Workshop Alternatives.